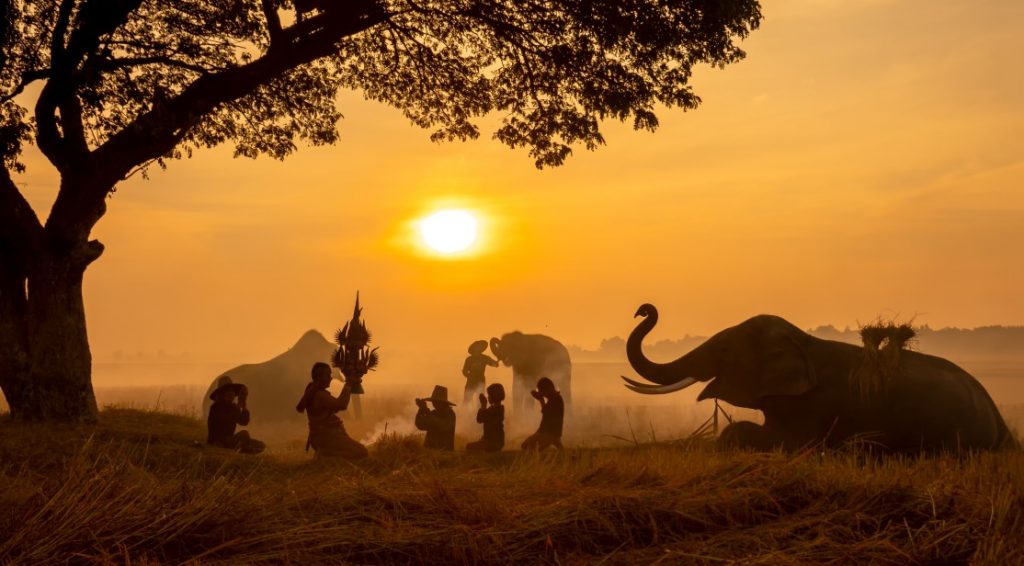 The Rarest Coffee In The World: Black Ivory Coffee

Black Ivory is not the actual name of the coffee bean. Black Ivory the name of the company who produces the rarest, and most expensive coffee sold on the market. With their coffee, Black Ivory has taken an active stance on the conflict between elephants and humans in Asia, and aims to create a high-end product that aims to promote less violence towards the elephant population.

How Did Black Ivory Begin?

How Does Black Ivory Produce Coffee?

Black Ivory begins by selecting their favored Thai Arabica coffee bean, one that is picked at an altitude of 1.5km above sea level. The coffee cherries are brought to the elephants and are fed to them with their food. The cherries are digested over a period of 12 – 72 hours and undergo a natural fermentation process. Once the excrements of the elephants become available, the elephant care givers collect the coffee bean cherries.

The collected cherries are taken to a local school in the area where final year students wash, sort and dry the coffee bean cherries for financial compensation.

After drying for a while, the cherries reach a specific moisture content and are taken to a nearby facility where they are hulled. They are then sorted by machine and by hand to separate the defected coffee bean cherries. The beans that make it the final roasting process must be of a specific size and density.

Once an order for coffee has been received, the beans are roasted and shipped out.

What Influences The Flavor Of Black Ivory Coffee?

The biggest influence to the flavor of Black Ivory Coffee is the fermentation process that happens within the stomach of the elephants. Additionally, when the elephants are fed the Thai Arabica coffee cherries, they are provided with other food, including rice, bananas and tamarind. This can impact specific flavors in the final taste of the coffee, too.

Black Ivory has continued to support the Golden Triangle Asian Elephant Foundation in the pursuit to help educate the children of the workers at the foundation.

Black Ivory has made efforts to pay a wholesome wage to the workers who collect the coffee beans, offering 350 THB per kg of picked coffee, which they claim only takes around 15 minutes to do. An average rice harvester is paid around 200 THB for 7 hours of work, and most other coffee collectors are said to pay their workers around 7 THB per kilogram.

Black Ivory sells a kg of Black Ivory coffee for $2000, making this the world’s most expensive coffee on the market. Whether or not you agree with the price, one cannot deny the extremely alternative production method, similarly to the Kapi Luwak. Unlike the Kapi Luwak, there are no battery cages involved. However, many companies have sprung up claiming to be Black Ivory, and have not disclosed the way they treat elephants, so be careful when buying a cup of this premium joe.